We continued our second week by visiting YouTube’s main offices in San Bruno. YouTube is the world’s largest video-sharing website founded in 2005. YouTube innovated quickly and grew larger than even Google’s own video streaming service, so Google acquired the company in 2006. Under Google, the company has been growing continuously and is now being used by millions of people worldwide. It was very inspiring to have a glimpse into how YouTube delivers their service and innovates on new products.

After a tour of the offices, we met and talked with a panel of Duke alumni working in a variety of roles in YouTube, ranging from product management to data science. I found the journey of Tom Price (’06), a product manager for YouTube’s growth platform, to be particularly interesting. Unlike most Duke graduates we met so far working in the tech industry in Silicon Valley, Tom did not graduate college with a technical background. Instead, he studied French at Duke and worked as a paralegal in Paris for a few years after college. He then worked at an advertising company that was eventually acquired by Google, where he stayed since. I found Tom’s story to be inspiring, as it shows an unconventional career path in the tech industry. There is no single, prescriptive path to technology or innovation; instead, we should all seek to forge our own unique paths. As students, we should always try to keep an open mind, and seek out the opportunities that are most interesting to us.

Next, we had the opportunity to visit Apple Park, Apple’s recently built headquarters in Cupertino. After immersing ourselves in the campus’ grand architecture that deeply reflects Apple’s design philosophy of simplicity, we met with Eddy Cue (T ’86). He joined Apple in 1989, and is now Senior VP of Internet Software and Services. He spoke to us regarding how Apple was able to grow and become the successful and innovative company it is today. In particular, he talked about how Apple was always able to focus on quality, not quantity. Unlike most competitors, Apple focuses on delivering the highest quality products, not the highest number of products. That philosophy, combined with Apple’s track record of seizing the right opportunities at the right times, helped propel the company to success.

After sharing his experiences working at Apple (especially during the period when Steve Jobs was fired and then later brought back as CEO), Eddy also touched upon the importance of leadership. Without the right leaders in place, an organization can quickly become stagnant and fail as incompetence can quickly permeate throughout a company. On the other hand, the best leaders for a company are needed to steer it in the right direction. Lastly, Eddy shared with us his vision for the future: he foresees an increase in wearable devices, and connected services that integrate personal health and consumer technology.

Our last stop of the week was Planet Labs, an Earth imaging company that operates one of the largest constellations of imaging satellites to date. The company is able to capture images of the entire Earth at incredible resolution, once every day. It then sells its data and insights to clients who may use the data to improve land usage, serve humanitarian missions, achieve civil/defense goals, or aid academic research. At Planet Labs, we spoke to Emmanuel Lim, a Duke mechanical engineering graduate who originally planned to go into academia but pivoted into spacecraft design engineering at Planet Labs instead. He introduced us to the idea of agile development in the space industry, which involves bringing the fast-paced nature of software development that is already deeply ingrained in Silicon Valley culture to developing spacecraft. This idea is especially refreshing and innovative in a field that is traditionally dominated by government and immensely expensive, multi-year projects. Seeing the development and testing of satellites in-house was very impressive, and it shows that great ideas can quickly disrupt traditional modes of thinking and drive innovation.

This week has been a great learning experience, as we not only continued to explore companies working at the forefront of their respective industries, but also met with Duke alumni who spoke to us about their own personal experiences and careers. I am looking forward to next week, as we continue to learn and experience all that Silicon Valley has to offer.

Alex Xu is a rising sophomore from Long Island, New York pursuing a major in Electrical and Computer Engineering. In his free time, Alex enjoys traveling, hiking, and outdoor photography. Through Duke in Silicon Valley, Alex is excited to learn more about entrepreneurship and commercialization in the tech industry. 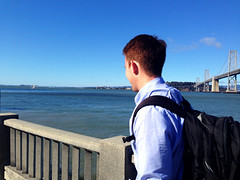 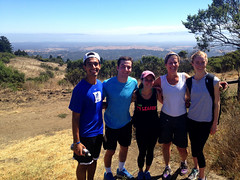 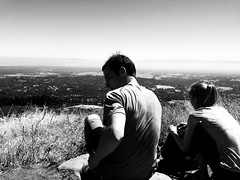 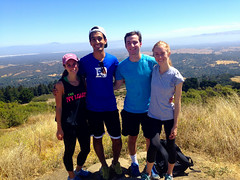 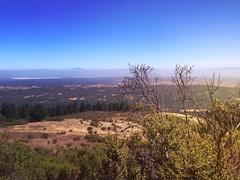 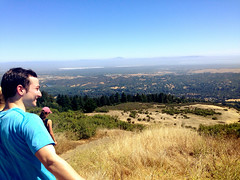 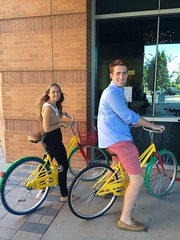 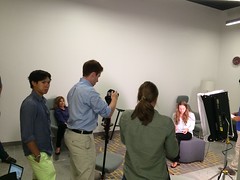 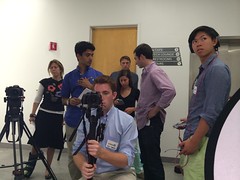